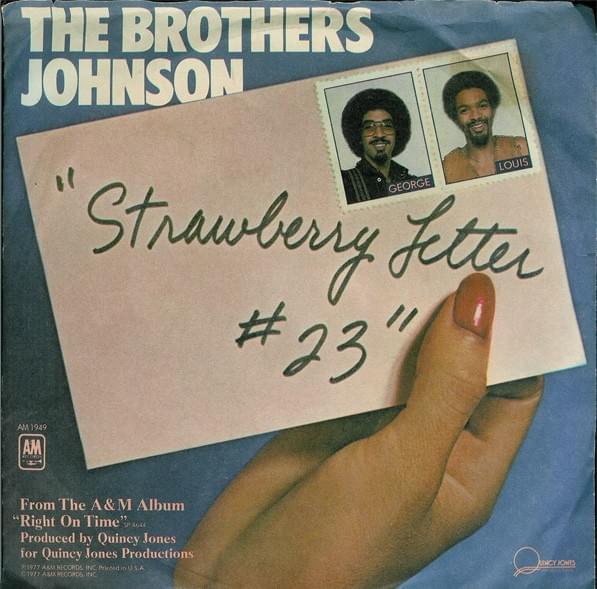 The original was released by Shuggie Otis in 1971 on his album ‘Freedom Flight.

The hit came 6 years later when The Brothers Johnson covered it for their ‘Right on Time’. One of the “brothers” was dating one of Otis’ cousins when he found his album from 1971. They recorded “Strawberry Letter #23” for the new album, produced by Quincy Jones, and it went platinum. The single, peaked at #5 on the Hot 100 and topped the Soul Singles chart!