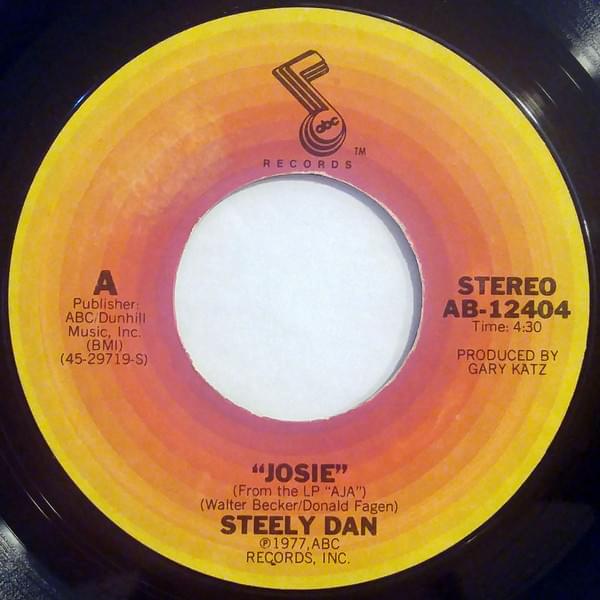 Coming off the 1977 masterpiece, ‘Aja’. this song was more of a conventional rocker, whereas much of the rest of the album was a mix of jazz and rock. Allmusic critic Stewart Mason praises the song’s “sly irony and danceable R&B groove.”  Seguin Gazette-Enterprise reviewer J.J. Syrja notes that the song even echoes disco, but doesn’t “fall victim” to it. I love that description.

“Josie” peaked at #26 on the Hot 100 and was the third single released from ‘Aja’, but after a non-album track, “FM” that was released ONLY on the soundtrack of the movie of the same name.