Giuffria – Call To The Heart 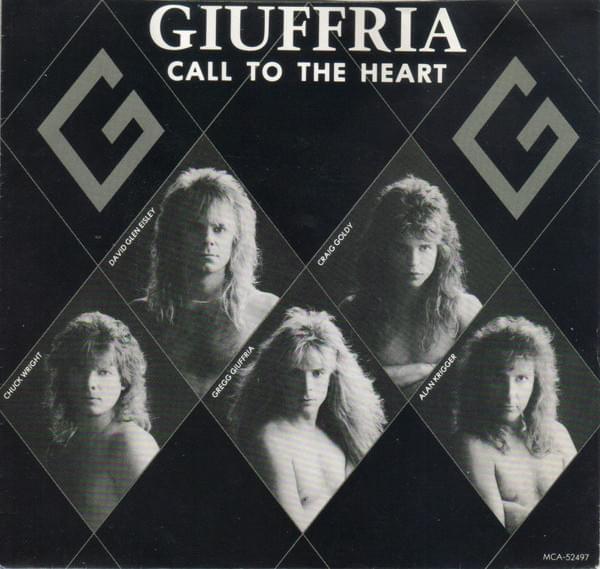 Released in 1984, former Angel keyboardist, Greg Giuffria created a band under his last name and became one of the forgotten 80s glam metal bands.

The band had some amazing members. Craig Goldy on guitar, David Glen Eisley on vocals, Greg on keyboards, Chuck Wright on bass and Alan Krigger on drums.

The album did very well and peaked at #26 on the Billboard 200 album chart, based upon the success of the single, “Call To The Heart” which peaked at #15 on the Hot 100.