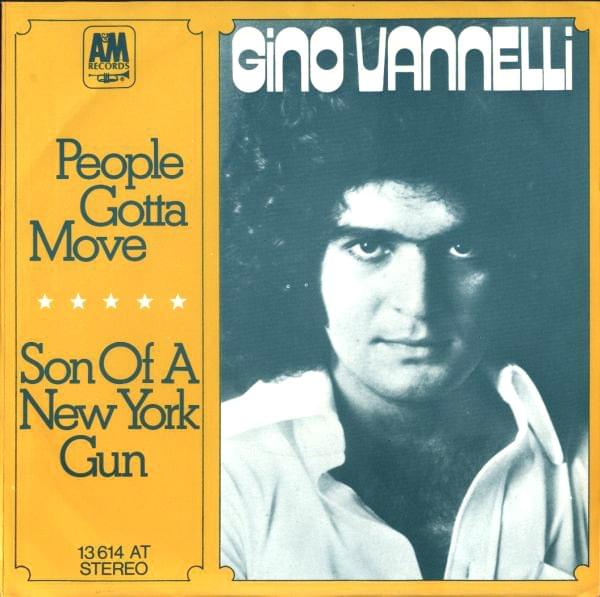 Gino Vannelli and his brother were so insistent on getting a record deal that the waiting in the parking lot of A&M records, in hope to see owner, Herb Alpert. They did see him leaving and running up to him with a demo tape, Gino beat the security guards and handed the tape to Herb Alpert, himself. Then, as they say, the rest is history!

Gino Vannelli was signed to A&M and had several hits in Canada as well as some in the U.S. “People Gotta Move” peaked at #22 on the Billboard Hot 100 and got him an invite to perform on Soul Train, the 2nd white artist to do so! That appearance got him and invite to tour with Stevie Wonder!