Jackson Browne – That Girl Could Sing 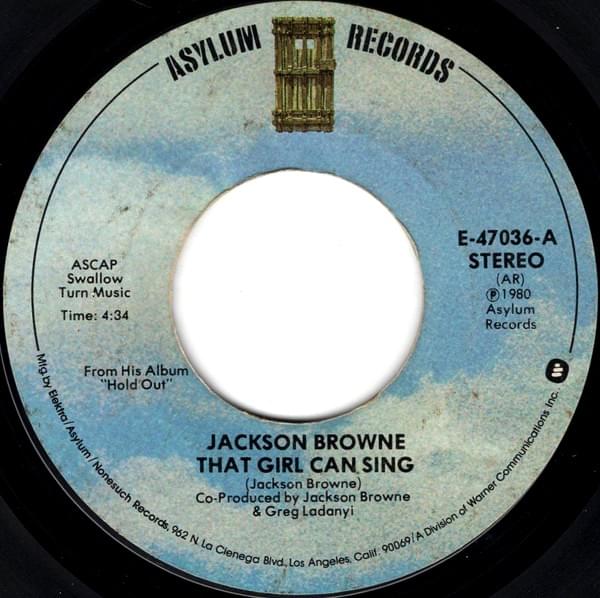 From the album ‘The Hold Out’, Jackson Browne peaked at #22 on the Billboard Hot 100 with “That Girl Could Sing”, but it charted for a total of 13 week after coming out in September 1980.

While some fans believe that the song’s inspiration may have been Laura Nyro or Linda Ronstadt, Jackson had hinted for years that it was one of his backup singers, Valerie Carter.

Carter passed away and after announcing her death at a show in Canada on March 4, 2017, Jackson Browne formally attributed the song to her saying, “it’s a song I wrote about her, there was a time that I was just crazy about her.”