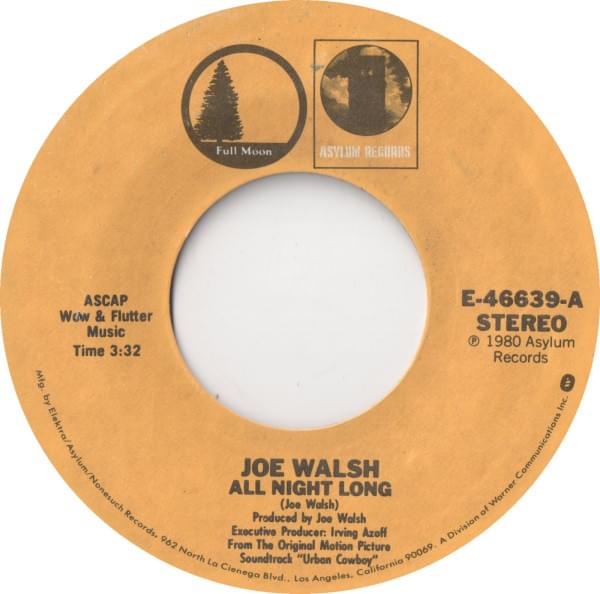 One of Joe Walsh’s biggest hits came from the soundtrack of the John Travolta, Debra Winger film, Urban Cowboy from 1980.

Very much NOT a country song, like the rest of the soundtrack, it more refers to the country dance club vibe and line dancing all night.

The song peaked at #19 for two weeks and spent a nice 16 weeks on the Hot 100, making it one of his highest charting singles, as a solo artist.