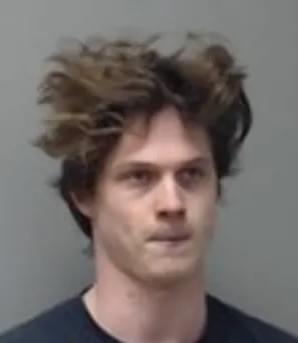 First off his pic kind of SAYS IT ALL!!! An 18-year-old in northern Arkansas named Carter Pyle recently called the cops after he locked not one but two sets of keys in his car – his regular set, and his back-up set. While the cops were jimmying his door open, they noticed three compressed bags of marijuana in the back seat that were just sitting out in plain view. Once the cop got the door open, he asked Carter what the bags were filled with, and he admitted it was pot. He’s now facing charges for possession of marijuana with intent to deliver. No word on if he’s considering getting himself some roadside assistance.