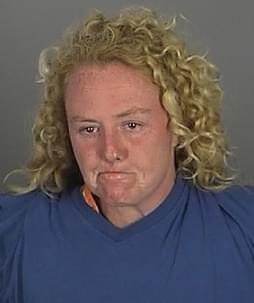 Why can’t people just behave…WHY??? A Florida woman has been issued a bench warrant after she failed to show up for her court date this week. The reason for that court date? She got thrown out of a Saint Petersburg Red Lobster and stole a lobster out of the tank on the way out. Kimberly Gabel didn’t appear in court to answer for her disorderly conduct after she allegedly caused a scene at the restaurant. When the restaurant manager asked her to leave the restaurant “for disturbing other customers,” Kimberly didn’t go quietly. Gabel allegedly “proceeded to reach into a water tank containing live lobster, grabbed a lobster and ran out of the restaurant,” according to a police report. When cops tracked her down she denied knowledge of the lobster’s whereabouts, adding that she “did not care because she did not do anything wrong.” By failing to show up in court, Gabel forfeited the $100 bond she posted following her bust.