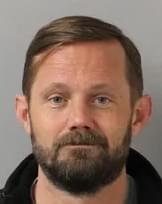 As a former server I LOVED getting big tips…but this would raise a lot of red flags!!! Joel Boyers was at a bar in downtown Nashville, Tennessee and he was so drunk that he kept giving the servers monster tips. Actually, over the course of his time there, he tipped out around $22,000. However, he’d also been texting his friend’s strange stuff, about how he’d taken drugs that, quote, “increased his intelligence” and he was carrying a gun. They were worried, so they called the cops and when they got there, the managers at the bar said Joel was causing a scene because his giant tips were making the servers fight over who’d get to serve him. So he was arrested for public intoxication and possession of a firearm while intoxicated. I guess next time he should tip less and not talk to his friends.