Journey – Only The Young 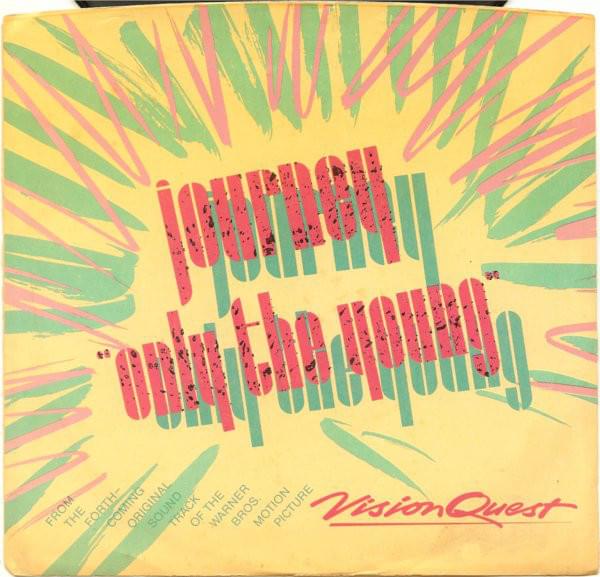 Written by Jonathan Cain, Steve Perry and Neal Schon, it was given to Scandal and they recorded it for the 1984 album ‘The Warrior’. Journey DID record it and released it as a single from the soundtrack of the movie Vision Quest. However, due to contractual agreements between the Scandal and Journey, Scandal was given a sizable settlement.

Of course, if you’ve seen the Behind The Music: Journey episode, you are also aware that the first person to hear the Journey version, outside of the band, was 16 year old Kenny Sykaluk, who was diagnosed with terminal cystic fibrosis. His mom wrote a letter to the band explaining that Kenny was their biggest fan and asked them to come see him before he passed.

They flew to Cleveland to meet Kenny and presented him with a signed Platinum Record award as well as a San Francisco 49ers helmet, signed by the team. Johnathon Cain explained that he fell apart after walking out of the hospital room and even became extremely emotional when talking about the meeting on the Behind The Music episode.

Kenny passed away the next day after meeting the band, with the Walkman in his hand, playing the song.

After hearing of Kenny’s passing, the band opened each show of the Raised On Radio Tour with “Only The Young”, in tribute to Kenny Sykaluk.

A clip from Behind the Music: Journey