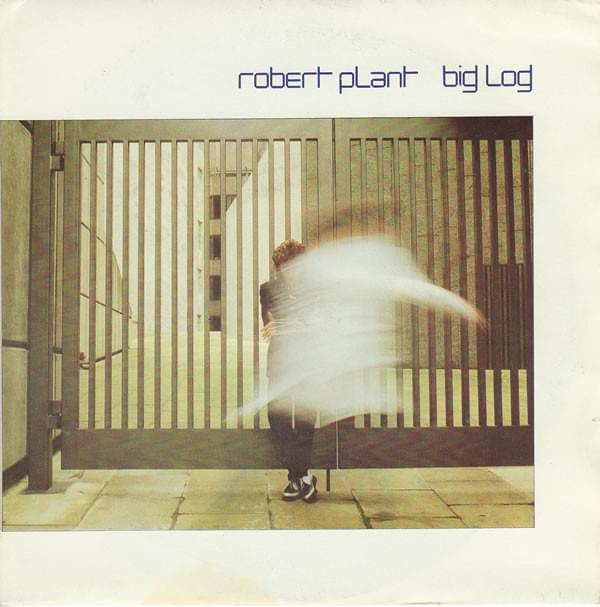 Former Led Zep frontman, Robert Plant has had a very successful solo career. I, for one, am a HUGE fan of his solo work. Very little do I find I don’t like. So much, that I have made a double CD version of what I consider his best stuff. I’ve even burned copies of this half a dozen times because I have ruined the discs by playing them so often in the car and at home!

Plant’s second album, ‘The Principle of Moments’, was his second Top 10 album as a solo artist. ‘Pictures At Eleven’ was his debut release in 1982.

Three singles were released from this album, “In The Mood”. “Other Arms” and today’s Forgotten 45, “Big Log”.

“Big Log” was Plant’s first Top 40 hit and the song that really introduced Plant as a solo force.

What is a “Big Log”? According to Song Facts:
“Big Log is a mythical, extended metaphor for a lost love: “My love is in league with the freeway… My love is the miles and the waiting.” A Big Log is common lingo of tractor trailer drivers. It is the book in which their road hours are logged, therefore the connection between the road and love and the countless hours we all log on both.”