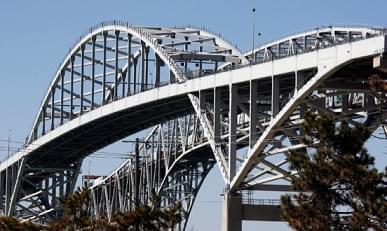 Maybe go back to a good old fashioned MAP!!! A guy in Canada was in the middle of driving from Montreal to Calgary last week which normally wouldn’t be a big issue. Except this man was driving around with 10 pounds of meth in his car. To make matter worse, one of his passengers was using the GPS on their phone to navigate. However, it sent them way off course, and they ended up at a U.S. border crossing in Michigan. Officers at the border searched the car and the driver claims he didn’t know it was drugs. He says someone told him to transport “something” for them as a way for him to pay off a $2,000 gambling debt. But he didn’t know it was meth. He was also supposed to pick two people up in Toronto on his way there. It’s not clear if they’re in trouble too, but he’s facing charges for possession with intent to distribute.