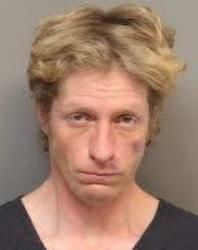 He really needs a NEW GIG!!! A 33-year-old man was arrested after police say he threw a cinder block at a Papa John’s store window and demanded money from the register from workers. Police were called to the store after this man decided it would be a great idea to use a cinder block to smash the window and hold up a cardboard sign that read, “Give me everything in the register.” He didn’t display any weapons but was holding a pair of drumsticks, according to reports. To the shock of many, the employees didn’t give him any money so he left. However, police later found a man, Joseph Peterson, walking in the area, and he matched the description of the suspect. Police also found the drumsticks and the cardboard sign on him so they took him to jail on suspicion of misdemeanor criminal mischief and attempted robbery.