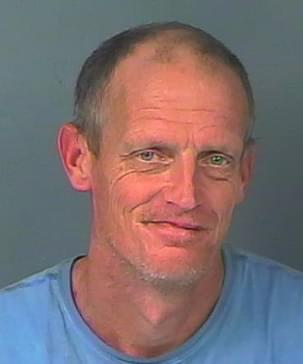 Quite the mugshot shot on this guy!!! A 45-year-old guy who goes by the name “Mr. Perfect” appears to have gotten drunk last Friday and then thought it would be a great idea if he started insulting a woman at a trailer park in Florida. It’s not clear if they’re involved romantically but she was in the middle of making pancakes for dinner. The man threw a bowl filled with pancake batter at her and luckily the bowl missed the woman. However, it shattered, and some of the batter got in her hair, and on her clothes. Once the cops arrived, they arrested him for battery and yes, he threw batter and got arrested for battery. The guy’s real name is Dwayne Zimmerman. It turns out this isn’t the first time he’s been in jail for throwing food. He has a long rap sheet, including an arrest in 2017 for throwing a gallon of ice cream at his sister.