Rick James – You And I 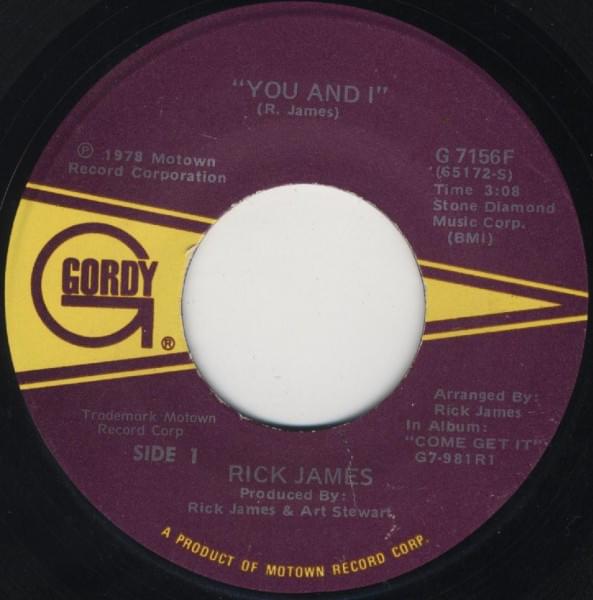 Rick James’ first single from his first album did VERY well and for a new artist, to top the Billboard R&B chart and hit the Top 10 on the Hot 100 (peaked at #13), he hit the ground running!

No doubt, he and Prince had their ear to the ground of what music was the next big things. This song could very well fit on the early Prince albums as any of Prince’s song from 1978 be on Rick’s releases. No doubt, they were funk brothers from different mothers.