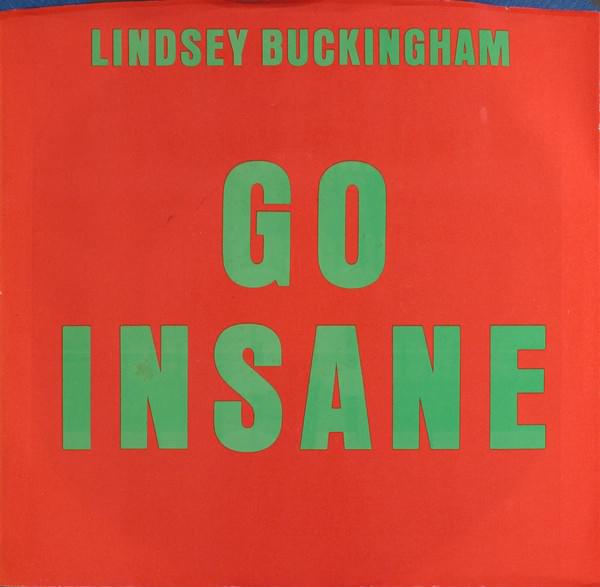 This is the title track to Lindsey’s second solo album from 1984 and his second Top 40 single after “Trouble”, three years earlier.

“Go Insane” is relative to each person and their surroundings or culture. Lyrically, Buckingham says:

“Insanity can be said to be very relative to the context you find yourself in. An example might be a very acceptable and typical behavior for a group of people in a little rock and roll microcosm, might be grounds for someone being committed if they worked in a bank”.

“Another point the album makes is if you happen to be with someone else who takes that sort of behavior too far, and you’re not willing to give up whatever that relationship might be – then you will tend to go a little bit insane with them.

“And if they are doing that you will experience a lot of the things they are simply by virtue of being a part of that. The important thing is not to take it too far…”

I love that description. It reminds me of when people tell others to “act normal”… What is normal? What’s normal to some is ludicrous to others.