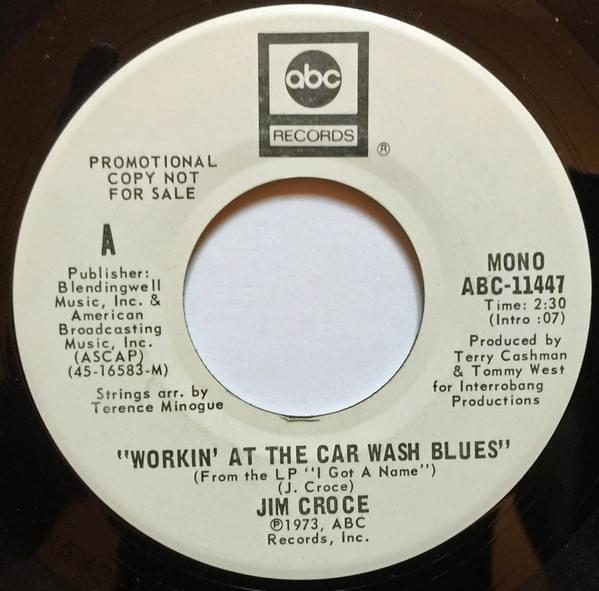 One of the many “story songs” Jim Croce was a master at, “Workin’ At The Car Wash Blues” is about a guy who believes he is bound for greatness, but dreaming of bigger and better things while working at a car wash.

Funny and meaningful, Jim Croce paints the picture of the blue collar worker who feels they are more than their menial job. A song about striving for more in life, stepping up the class ladder, taking on more responsibility, but not given the chance by the powers that be.

This was the fourth single released from the album, ‘I Got A Name”, which came out shortly after Jim’s death from a plane crash. “Workin’ At The Car Wash Blues” peaked at #32 on the Hot 100 singles chart.

One notable cover was by Gonzo The Great on an episode of The Muppet Show!