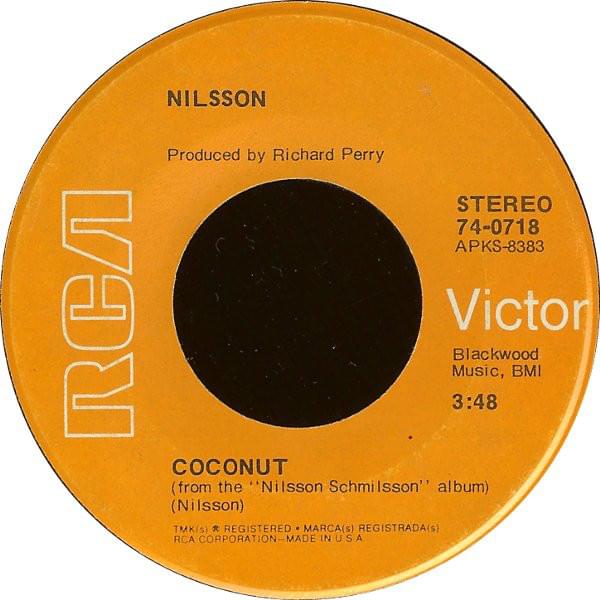 It’s considered a “novelty” song, but Harry Nilsson was a prolific writer and considered by many songwriters as one of the best of his day.

From his critically acclaimed album, ‘Nilsson Schmilsson’, “Coconut” stayed on the chart for 14 weeks and peaked at #8. It was so popular that Billboard ranked it at #66 for the year 1972