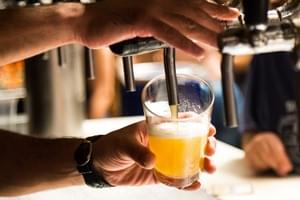 In 2001, some Belgian elementary schools began serving low-alcohol beer to schoolchildren at lunch as a healthier alternative to soda. 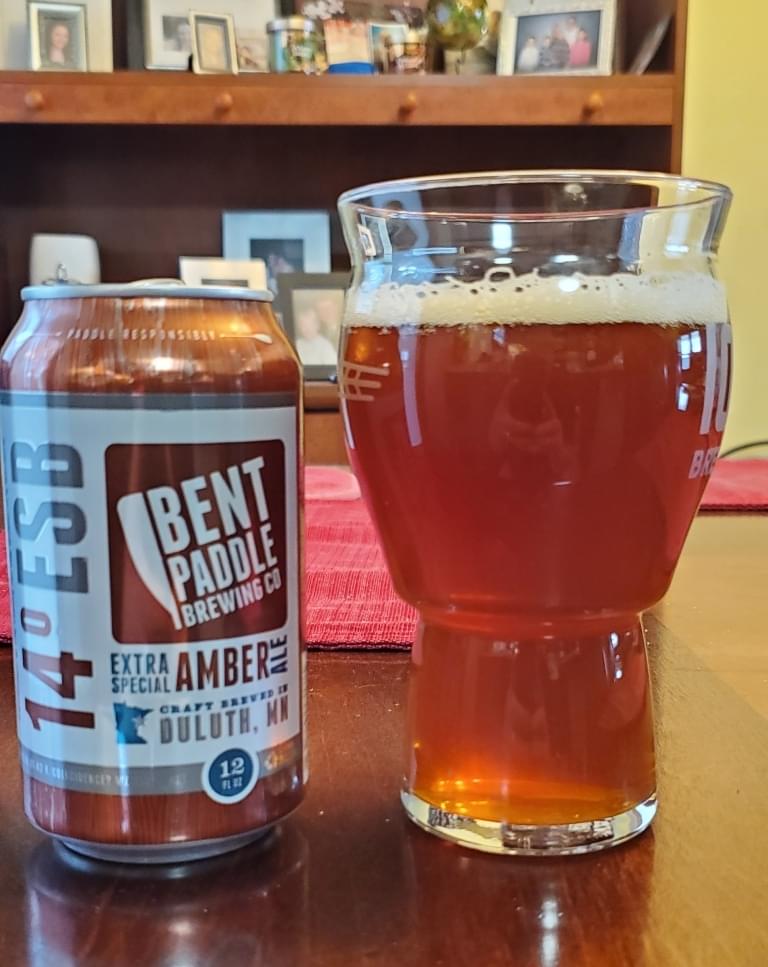 ESB stands for “Extra Special Brew” and this amber ale is exquisite. A friend of a coworker lives in Duluth, MN and was coming down for a visit. he brought 4 beers from Bent Paddle for me to try and blog about. I’ll not say no to free CRAFT beer (I have been known to say no to many other domestic, large production beers).

The first one I tried and LOVED was the Trampled American Golden Ale. Light, crisp, flavorful and REALLY easy to drink. It’s low ABV (4.6) with plenty of good “beer” flavor. Older generation drinkers who make fun of us craft drinkers would LOVE this as it’s reminiscent of the High Life’s, Old Milwaukee’s, Old Style’s kinds of beer, but MUCH better and higher quality in my opinion. It’s a perfect balance of malt and hop and just enough of each to make them both present on the nose and the tongue, with either overpowering the other. I could easily have had a few of these, rather than just the one!

However, the 14 Degree ESB is as extra special as it’s name suggests. It pours a copper/amber color with a light tan head that leaves beautiful lacing down the glass. Nose is toasted malt and light hop and citrus but the flavor is much more malt and citrus. It finishes slightly dry (probably dry hopped) but still refreshing. In my opinion, much more flavor comes out as it warms a bit. Then it becomes more biscuity with more of the citrus coming out.

Between these two, however, I’d stock my fridge with the Trampled Ale over the Amber, and that says a lot coming from a guy who prefer darker, bitter beers.

Here’s a great story on how craft brewers can really help small town economies by starting a brewery/tap room/restaurant in town. Many small Iowa towns are reaping the benefits from this experience!