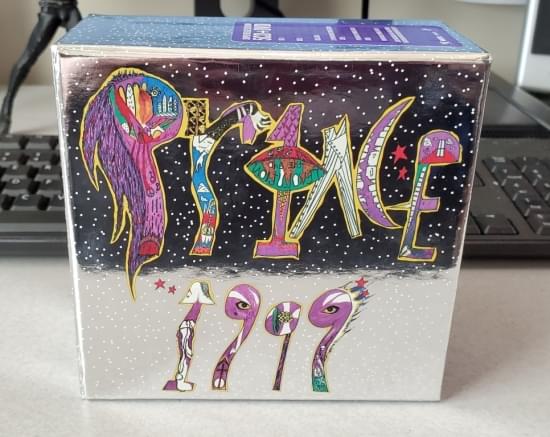 While Prince purists would rather see all of that music that was in his vault, stay there because “if he wanted it out, he would have put it out”, it’s hard to NOT want new music from such a prolific workaholic. And those closest to him had said that he fully intended Paisley Park to continue to be a working, state-of-the-art recording studio and a music museum for the fans. He had to know that someone who understood his music, his sound, his way of doing things, would come forward and help the estate release new music after he left this planet. It’s been said that there is SO MUCH music and FINISHED, unreleased albums in there, that the estate could release one album a year for the next 50 years!! While that is incredible and exciting for those of us who yearn for more from Prince, it’s also terribly sad that those of us over 25 years of age, may never get to hear it all as we probably won’t have another 50 years to survive! That is LITERALLY a worry of mine! Hardly anyone puts out a new album every year, or for that matter, CAN, because they just don’t have that much material in them. Prince was a human version of what music and creativity are as a concept! He made the intangible, tangible, pulling ideas out of thin air and arranging notes and beats to create a new invention that would now be available to everyone forever! That is an incredible legacy.

The new remastered box set of 1999 has it all! Like most of Prince’s work before creating The Revolution, recordings were made alone, late at night. He’d overdub each part after recording each instrument, himself. Much of what is heard here is no different, other than one other person or two he had in the session. Morris Day was one he recorded with a lot. They were close and Morris had a great sense of what Prince liked and he had great timing. Morris is heard playing drums on some tracks. Peggy McCreary was a sound engineer that Prince had working with him to lay down the many tracks, demos, breakdowns, etc. during the late 70s and 80. She remembers much of those days and writes about them in the accompanying booklet that comes with the box set. She even has a few words about each track on the two “Vault Tracks” discs which is all new material released from the days of the sessions leading up to the release of 1999. And there are some GREAT tracks in here! Like, REALLY GREAT, should have been released by Prince while he was alive, great! This is stuff he should have been proud to share! Sometimes, when a box set comes out from a band (The Beatles, Tom Petty, etc.), it’s cool to hear false starts and breakdowns with studio chatter, recording at that time in a yesteryear. Like going back in time and being present, like a fly on the wall, living these moments with them. However, it’s fun for the first listen, but after you’ve heard it, it’s not usually something you go back an listen to over and over. The stuff released in these “Vault” sets are easily enjoyable, and interesting and you WILL listen again and again, just like you do with the official studio released albums! This stuff is THAT GOOD!

5 CDs and a DVD plus the booklet with rare photos, and really cool pics of Prince’s lyric sheets with edits. Pretty cool to see handwritten pages from the master, himself. Also, the 5th disc is a live concert from the Masonic Hall in Detroit, Michigan from November 30, 1982! 37 years and a few days ago, from the time of this blog’s creation.

The DVD is a live show from The Summit, Houston, Texas on my birthday, 1982! It’s prime Prince and his band that would eventually morph into what became The Revolution after adding guitarist/singer/songwriter, Wendy Melvoin. This band consisted of bassist, BrownMark (no, that’s not a typo), Dr. Fink on keyboards and vocals, Lead and rhythm guitar, Dez Dickerson (Wendy would replace him), drummer, Bobby Z, Lisa Coleman on keyboards and vocals with Jill Jones on backing vocals and, of course, Prince.

If you’re a Prince fan and NEED new music from him or a big fan of the 1999 album and would be interested in hearing more from the sessions that helped create it, this is a MUST have set! Especially, if you never got to see him perform, live, during the early 80s or ever! Below are links to where you can pick this up for yourself.