Henry Lee Summer – I Wish I Had A Girl 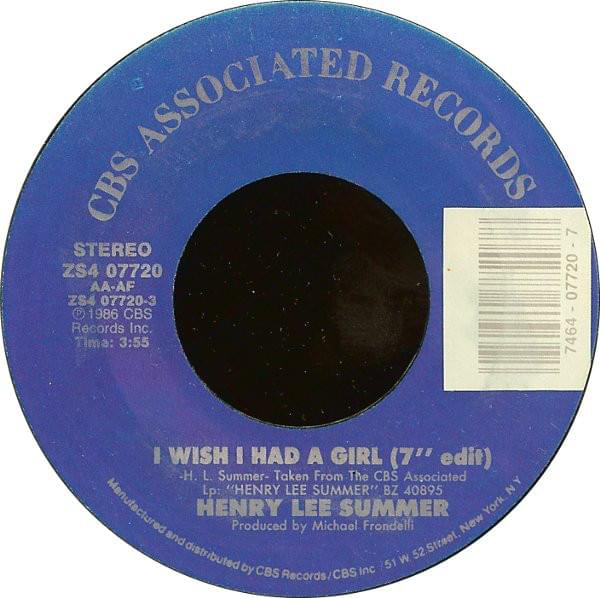 Henry Lee Summer recorded several well-received albums on Epic but it was a re-recording of a song from his 1985 album, ‘Time For Big Fun’ on Majestic Records, then released in 1988 that he finally had a Top 40 hit! “I Wish I Had A Girl” was a single from his self-titled debut on Epic Records and went to #20 with MTV airplay and radio support.

And NOBODY had a better mullet! Not even Billy Ray Cyrus!