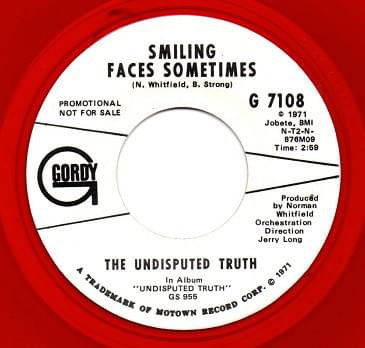 Recorded for Motown in Studio A at Hitsville U.S.A, The Undisputed Truth had their only Top 40 hit, released from the eponymous debut album.

In 1972, The O’Jays referenced, or at the very least borrowed the line, “smiling faces, smiling faces sometimes…(tell lies)” in their hit “Back Stabbers”. You’ll find that one on the Shawn’s Forgotten 45 @ 45 playlist on Spotify.