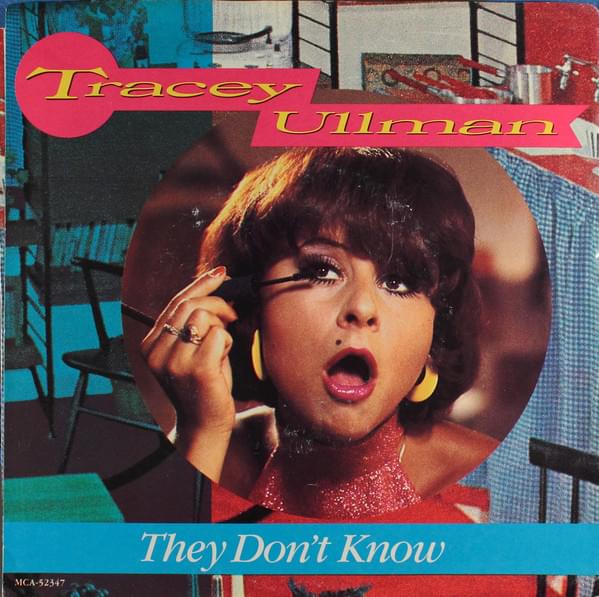 First recorded in 1979 but it’s writer, Kristy MacColl, the hit in the U.S. came from English Actress/comedienne, Tracy Ullman. She was not well-known in the states and when the song was released, MTV co-founder, Robert Pittman saw a video produced for the song and invited this fairly unknown person to come and be a guest VJ for a week! That was what introduced Ullman to the states and in 1985, she was given her own comedy sketch show on FOX, The Tracy Ullman Show which was the first anyone would hear of an animated family by the name of Simpson. Then in 1987, she was given her highly successful and critically acclaimed show on HBO – Tracy Takes On.

“They Don’t Know” was a hit in the U.K. as well as the U.S, where it peaked at #8 (#2 UK). The video features Paul McCartney, whom she was working with during the filming of McCartney’s music/art film, Give my Regards To Broadstreet, where she had a small part.