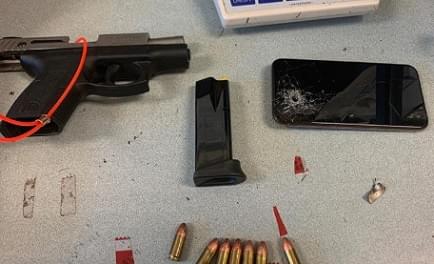 Most have had that moment when our phones frustrate us so much that all we want to do is smash it into the ground. What most of us don’t do is take out our gun and shoot it. Someone should have told that to a 35-year-old Oregon woman who was arrested early New Year’s Day after she did just that. The bullet ended up going through her neighbor’s wall. Police say they received that first shooting call of the year at 12:06 a.m. on January 1. No injuries were reported and deputies said a neighbor called saying that a bullet came through their bedroom wall. The report notes that the woman may have been holding the phone at the time the gun went off but they don’t know if it was shot intentionally. Rosemarie Ancharski was arrested at the scene and faces charges of unlawful use of a weapon and recklessly endangering and is being held on $1,000 bail.