MARMALADE – REFLECTIONS OF MY LIFE 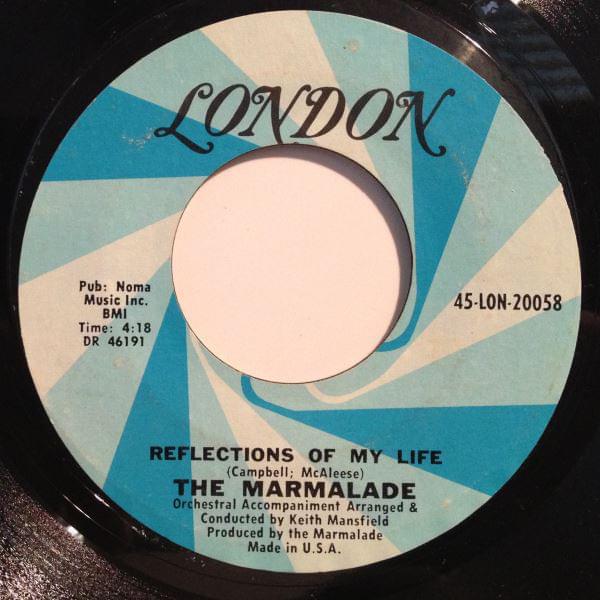 Written by their lead guitarist Junior Campbell, and singer Dean Ford, Scottish band, The Marmalade, released this song from their 1969 Decca album ‘Reflections of the Marmalade’.

It charted all over the world, peaking at number 10 on the Billboard Hot 100 in the U.S.

Over 2 million singles have been sold and in 1998 the writers were awarded a Special Citation of Achievement by the BMI for attaining radio broadcast performances in excess of one million in the US alone!