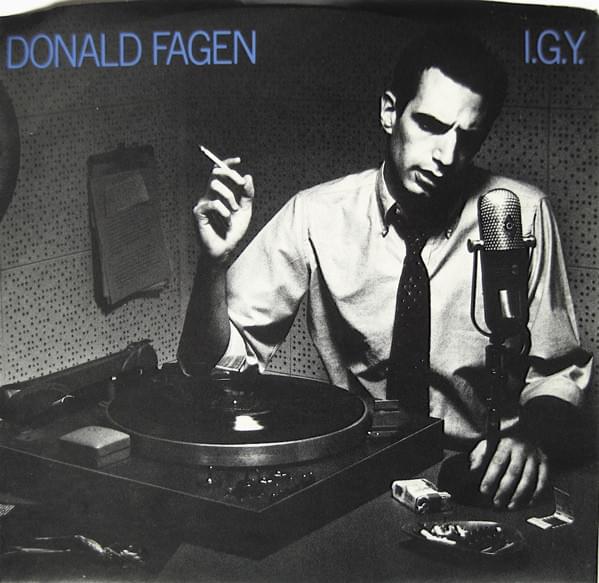 In 1981, Steely Dan’s Walter Becker and Donald Fagen split up and went their separate ways. The following year, Donald Fagen released his first solo album, ‘The Nightfly’. The album is about Fagen’s feelings of growing up in the suburbs in the 1950s and 1960s. Like remembering late-night Jazz radio DJs, family vacations and of course the era of nuclear war fears.

The album is amazing and one of my favorites. Like Steely Dan music, ‘Nightfly’ could very well have been the new Dan album. Fagen, a perfectionist in the studio while recording and then in the production and mastering process, admits that this album was a difficult one to record and finish since he was working with all new people who weren’t used to the way he did things in Steely Dan. It’s considered by many audiophiles, like myself, to be one of the best sounding recordings of all-time. Many record stores were using this album to demo high-end audio equipment to potential customers. I would TOTALLY agree with that!

The album was up for several Grammy awards, including the first single, “I.G.Y.” which lost out to ‘Always On My Mind” by Willie Nelson for Song Of The Year. The title refers to the “International Geophysical Year”, an event that ran from July 1957 to December 1958.

According to Wikipedia: “The I.G.Y. was an international scientific project promoting collaboration among the world’s scientists. Fagen’s lyrics reference, from the point of view of that time, an optimistic vision of futuristic concepts such as solar-powered cities, a transatlantic tunnel, permanent space stations, and spandex jackets. In retrospect the song can also be read ironically, critiquing the naïveté of such postwar optimism in America and the Western world. The “76” referred to in the song is 1976, the U.S. Bicentennial year.

in 2006, Donald Fagen said that he hasn’t listened to the album since he made it. He went into a deep depression after the release of the album as he felt alone (with out Becker and Steel Dan) and the he may have let too much of himself out for the public to notice in the album.

To read more about this incredible album (The Nightfly), click below!