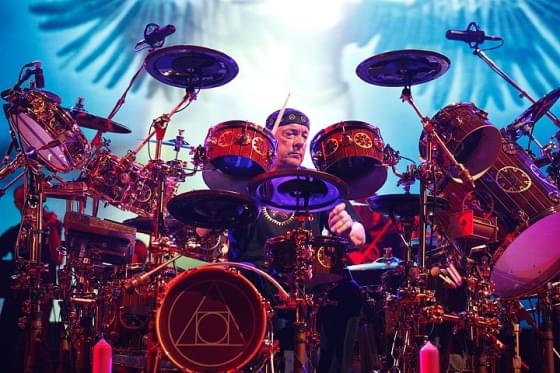 “Playing a three-hour Rush show is like running a marathon while solving equations.” – Neil Peart

I was never one of those “all in” Rush fans. I loved the singles and some deep tracks and some of the albums that are very synth-centric, that most hardcore fans balk at. However, I am ALWAYS a fan of superb musicianship. Superb is a good word to describe these guys. Also, extraordinary, virtuoso, masterful, etc. The intricacy of the notes they play, the progressive way of arranging the notes and the mind-blowing, uber-intelligent lyrics that go along with those notes, set Rush apart from anyone else. While Yes is widely known as progressive rock, Rush is in that category, to an extent… They also ride the fence of hard rock and metal. Rush is very much a genre of its own, in many respects.

When I was young, I never really considered the musicianship much. I just liked or disliked or loved a song. When I was in my twenties and working at a Quad City rock station, we played a lot of the big Rush songs that everyone knows. In 1994, they released ‘Counterparts’. 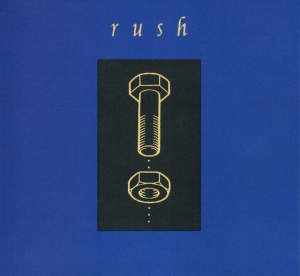 This was the heaviest album they’d put out in years, if not, ever. It was gritty, loud, guitar driven, somewhat dark in theme, yet pretty positive in message. This blew me away! We played at least three cuts off of this one and I know it was featured on a “CD Saturday Night Replay” where I played the whole thing, commercial-free.

It was probably around this time when I started really listening to the lyrics of Rush and then to Neil Peart’s otherworldly capabilities behind that massive drum/percussion set.

Neil was a timekeeper from another universe. Pretty sure Greenwhich Mean time and the atomic clock, set it’s milliseconds to Peart. That way, they knew it kept PERFECT time. Neil was a machine. The doubles, triplicates, drum rolls, percussion other than drums… It’s insane what he’s capable of doing! All in all, probably, the most perfect time a human is capable of…

That was what astonished me when it came to Neil Peart.

If you haven’t seen the documentary, RUSH: Beyond The Lighted Stage (lyrics to one of their songs), I can’t recommend it enough. Even if you aren’t a big Rush fan, but love music and stories of the bands you enjoy, this is an incredible doc. It’s so well done, you feel you really get to know Geddy, Alex and Neil, on a more personal level. And ironically, it’s about the only way you would get to know Neil like that, at all. Notoriously private, Neil didn’t like the adulation from fans. He got creeped out that people, humans like himself, could pour out all of their appreciation and love for someone they really don’t know at all. He was considered to be shy and introverted, but Neil says in the documentary that he wasn’t that way at all. He would enjoy a conversation with anyone in a gas station about their day, local news, anything that any one of us might talk about with a stranger or family member. That was Neil.

“I love being appreciated. Being respected is always good. But anything beyond that just creeps me out. Any sense of adulation is just so wrong.”
– Neil Peart

“-i was “far and away”-riding my motorcycle along an american back road, skiing through the snowy Quebec woods, or lying awake in a backwater motel. the theme i was grappling with was nothing less than the Meaning of Life, and i was pretty sure i had defined it: love and respect.

love and respect, love and respect-i have been carrying those words around with me for two years, daring to consider that perhaps they convey the real meaning of life. beyond basic survival needs, everybody wants to be loved and respected. and neither is any good without the other. love without respect can be as cold as pity; respect without love can be as grim as fear.
love and respect are the values in life that most contribute to “the pursuit of happiness”-and after, they are the greatest legacy we can leave behind. it’s an elegy you’d like to hear with your own ears: “you were loved and respected.”
if even one person can say that about you, it’s a worthy achievement, and if you can multiply that many times-well, that is true success.
among materialists, a certain bumper sticker is emblematic: “he who dies with the most toys wins!”
well, no-he or she who dies with the most love and respect wins…
then there’s love and respect for oneself-equally hard to achieve and maintain. most of us, deep down, are not as proud of ourselves as we might pretend, and the goal of bettering ourselves-at least partly by earning the love and respect of others-is a lifelong struggle.
Philo of Alexandria gave us that generous principle that we have somehow succeeded in mostly ignoring for 2,000 years: “Be kind, for everyone you meet is fighting a hard battle.”
― Neil Peart, Far and Away: A Prize Every Time

“Everything that we were, everything we based our lives upon, everything that we believed is gone. In my journal one time, I expressed the feeling of hurt that I carry around, so similar to the feeling of being betrayed, and I concluded that I had been betrayed, by Life itself, and that’s pretty deep. So, the betrayed ones, like you and me, have to start all over again, from Absolute Zero, and construct some new version of “Life,” one that we can “live with.” No way we can hold onto what we used to believe, and no way we can forget what has actually happened in our lives, and in our worlds. We will never trust Life again.”
― Neil Peart, Ghost Rider: Travels on the Healing Road

Neil had lost his 19 year old daughter in a car accident and soon after, his wife to terminal cancer. He felt that life had let him down and decided to “run”, meaning, he needed to get out on the road, alone, to sort out his feelings and all of the pain in his mind. He rode his motorcycle about 50,000 total miles from northern Canada, through the US,  through Mexico to Belize and back, stopping to eat, sleep, write, rest, as he wrestled with his painful thoughts while on the road. Luckily, there’s a book about his travels and grief that is a must read for anyone with thoughts of despair, loss, depression and feeling that life has played too many cruel tricks on them.

The world now mourns this amazing man, very publicly on the internet, newspapers, television and radio by paying tribute to him in many different ways.

Neil would have hated it.

“You just become adaptable and try to lead a good life in ways that make sense, regardless. Because I know at the end of it, if I’m going to meet Jesus or Allah or Buddha, I’m going to be all right.” – Neil Peart