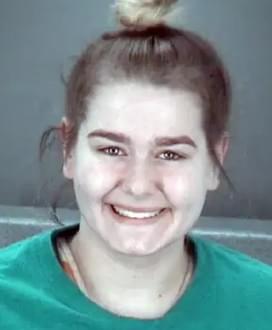 YIKES!!! A 20-year-old Florida woman is facing a slew of criminal charges in connection with two separate incidents. In one dust-up, she reportedly tried to urinate on an officer who was attempting to arrest her following a domestic violence incident. In the second, she allegedly tried to run down a man with her BMW but claimed to be too high on cocaine to remember the attack. It all started when officers responded to the home where they found Serina Maris Probus drunk and attempting to drive away with her 6-month-old baby. As she was being restrained, she allegedly tried to urinate on the deputies before spitting on one of them. She was booked on charges including domestic violence and battery on a law enforcement officer.