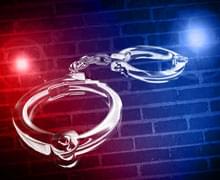 A man has pleaded guilty to sexually assaulting a woman he met at an Iowa City bar.

Wilson offered to drive the woman home Sept. 29, 2018, when the bar closed for the night. Instead, a criminal complaint says, he drove to a secluded spot south of Iowa City and sexually assaulted her. He admitted in court records to hitting the woman’s face and threatening to choke her unless she stopped fighting him.

Authorities say after the assault, the woman regained consciousness in a cornfield. She ran to a house, where a resident called 911 for her.