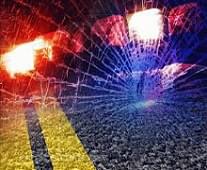 One person was killed and another injured yesterday(Wed) afternoon in a two-vehicle collision in rural Benton County.

About 2 o’clock, the Benton County Sheriff’s Office was sent to a report of a crash on County Road E66, or 77th Street, around four miles west of Norway.

A 21-year-old man from Blairstown was pronounced dead at the scene of the crash.  The other driver, a 39-year old Norway man, was taken to a local hospital with reportedly serious injuries, according to officials. Their names haven’t been released yet.

An investigation into the accident is ongoing.