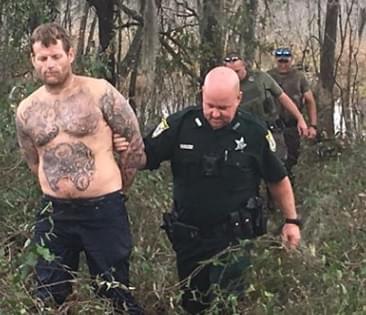 Well…he tried!!! A man wanted by police for selling meth seems to have watched way too many Rambo movies. Daniel Christopher Booth tried to evade capture by holding his breath as he hid underwater in a pond while officers searched the nearby area. After deputies showed up at his work, he took off and made his way into the pond to try and wait it out. The problem is that Booth didn’t take into consideration that he’s not a fish and would need to come up for air. Once he did, the police arrested him. On its Facebook page, the sheriff’s office announced the arrest and added the hashtags #actionmoviesarenotreallife, #NotRambo, #mistakesweremade, #thatsnothowanyofthisworks, and #BreathingIsNotOptional.