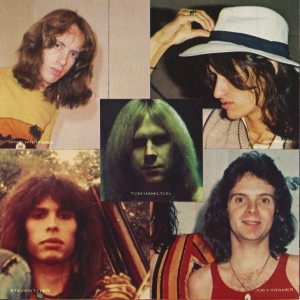 A sad and embarrassing turn of events in the Aerosmith camp. Original drummer and founding member, Joey Kramer, is turned away from Aerosmith’s rehearsal space after being told he had to audition for the band, to be a part of a couple of upcoming performances including The Grammy Awards ceremony.

A video of this moment shows hired security guards telling Joey Kramer that they have been hired by the band (his band members) to let him know that he would not be able to enter the premises.

You can see in his face that he is hurt and disappointed by this action.

Kramer has sued the band for immediate reinstatement, but a judge ruled against him and sided with the band.

Kramer had injured his foot and shoulder and was unable to perform with the band, but had let them know that he was well again and ready to rejoin for the two high profile performances coming up. That’s when he was told he needed to audition. Kramer’s drum tech, John Douglas, had been filling in for him during Aerosmith’s residency in Las Vegas.

It’s MY opinion, that this is a rotten way to treat a “family member” of the band since it’s inception. These guys are older and have body issues like anyone would at their advanced age and performing takes a major toll on any body. The band (I have a feeling this is Steven Tyler’s doing), has been through this kind of thing in the recent past. Steven Tyler fell off the stage at Sturgis and injured himself rather seriously in 2009. The band was on hiatus after that, and when Tyler wasn’t fully healed and ready to get back on stage, the rest of the band wanted to got going and have someone fill in as front-man.

I guess Tyler’s memory of such things isn’t so good anymore.

https://youtu.be/BoW9fJfAFAk
Here's the rest of the story and quote from Joey Kramer
Copyright © 2020 by NRG Media. Internet Development by Frankly Media.