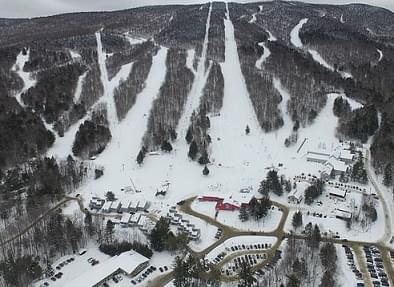 A New York man has been arrested after driving his Range Rover several hundred feet up a ski slope at a resort in Vermont on Friday evening. It seems that Frederick P Bretcher wasn’t interested in waiting for a ski lift and instead headed up the mountain in his SUV. Locals called police after they saw the man head up the trails in his SUV. He was arrested and charged with driving under the influence (DUI) after he drove up Magic Mountain, in Londonderry. Vermont police say that this isn’t the first time he’s had a bit too much to drink while getting behind the wheel of a car. He’s been charged with DUI in the past. He is due to appear in Windham County Superior Court on March 17 to face the charge.