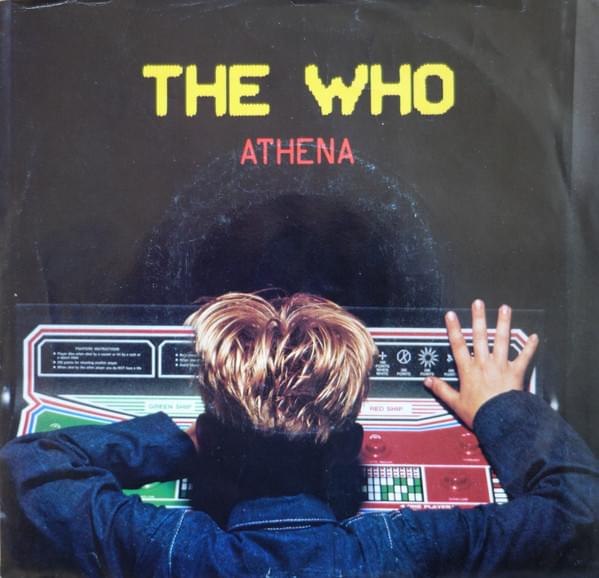 The  first single from The Who’s tenth studio album, ‘It’s Hard’, “Athena” peaked at the #28 on the Hot 100. Written for actress Theresa Russell because Pete Townshend had fallen “in love” with her after meeting her at a Pink Floyd – The Wall concert. She didn’t feel the same way and he wrote about that. Originally called “Theresa”, he changed the whole song around but kept the same premise, and called it “Athena”.

Roger didn’t like the changes from when they recorded a demo of it, but said that it is a great sounding record, but he just didn’t like it anymore.

The Who only played “Athena” a total of ten times on the band’s 1982 tour, and have not played the song again ever since.

On October 30, 2017, at Ruth Eckerd Hall in Clearwater Florida, Roger Daltrey performed “Athena” live for the first time in 35 years.