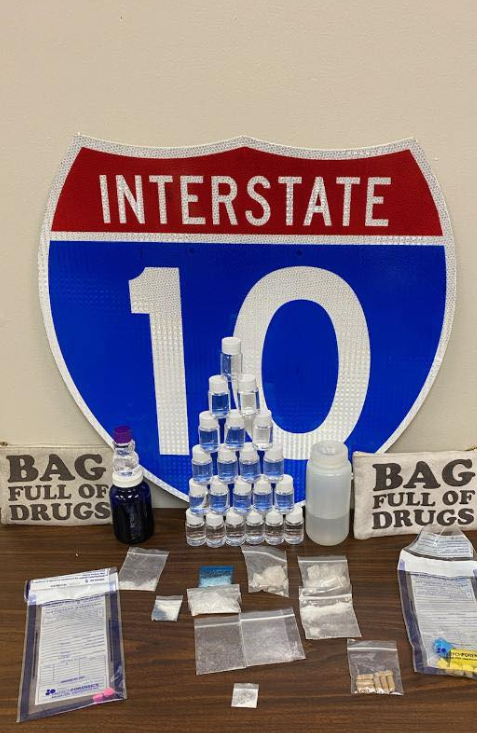 Police LOVE IT when criminals make their life easier. Take Ian Simmons and Joshua Reinhardt for example. They got pulled over for speeding in Florida on Saturday and as luck would have it, Joshua had an active warrant out, so the officers searched their car. As they were searching, they came across two bags that had “BAG FULL OF DRUGS” written on them. When they searched the bags, low and behold, they were filled with drugs. Turns out that they were actually make-up/cosmetic bags that can be purchased online. Instead of makeup, these two used them to carry their drugs. The cops found 75 grams of meth, three-and-a-half grams of fentanyl, 1.4 grams of GHB, 1 gram of cocaine, and 15 MDMA pills. They were arrested at the scene.