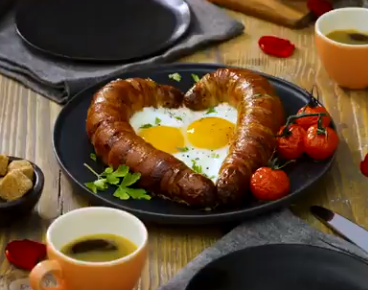 From the “heart”!!! A well-known grocery store in the UK made headlines around the world last year with the release of their love sausage that was sold only for Valentine’s Day. The famous breakfast meat actually sold out within minutes last year once it was released. It was such a huge hit that they are bringing it back again this year.

Some of its popularity last year was because of how many daytime talk shows and radio shows promoted the love sausage and it just caught on. The sausage even crossed the Atlantic and was featured on Late Night with Seth Meyers.