Michael Jackson/Paul McCartney – The Girl Is Mine 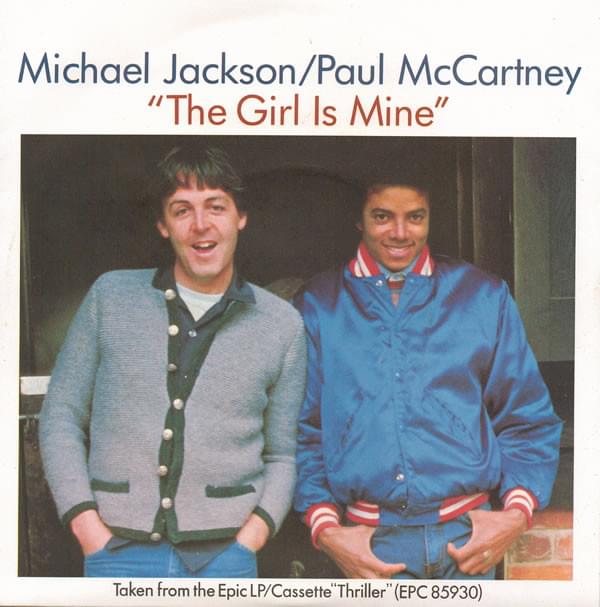 Recorded mostly live in studio, Michael Jackson and Paul McCartney, had a lot of fun with this one. Michael even says,

“One of my favorite songs to record, of all my recordings as a solo artist, is probably “The Girl Is Mine”, because working with Paul McCartney was pretty exciting and we just literally had fun. It was like lots of kibitzing and playing, and throwing stuff at each other, and making jokes. We actually recorded the (instrumental) track and the vocals pretty much live at the same time…”

The duo had already worked together and recorded two songs for McCartney’s ‘Pipes Of Peace” album. “Say, Say, Say” went Top 10, topping the charts in 1983, and soon after the pair went back into the studio to record a song Jackson had heard in his sleep. He woke, recorded the melody and lyrics into a tape recorder so he would be able to remember it later that day.

Released on the legendary ‘Thriller’ album. “The Girl Is Mine” and peaked at #2 on the Hot 100.