Crow – Evil Woman (Don’t Play Your Games With Me) 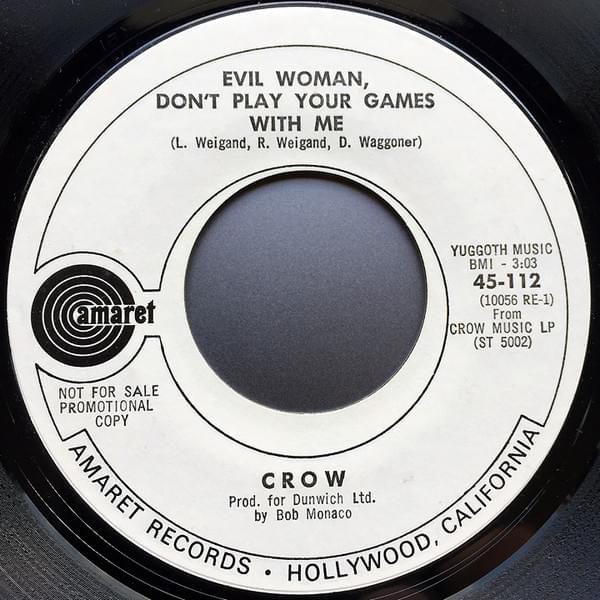 From a band formed in Minneapolis, MN by Dave Wagner, the band known as Crow had one hit and one hit ONLY. Not for lack of trying…

Crow’s debut album, ‘Crow Music’ in 1969. They were very much a blues-rock style band mixed with some late 60s psychedelia.

Dave Wanger put Crow back together in 1980 with all new members and recorded enough for a new album release, but split again a couple years later. Believe it or not, Dave still does some gigs as Crow with some hired musicians and performs mainly in the mid-west.