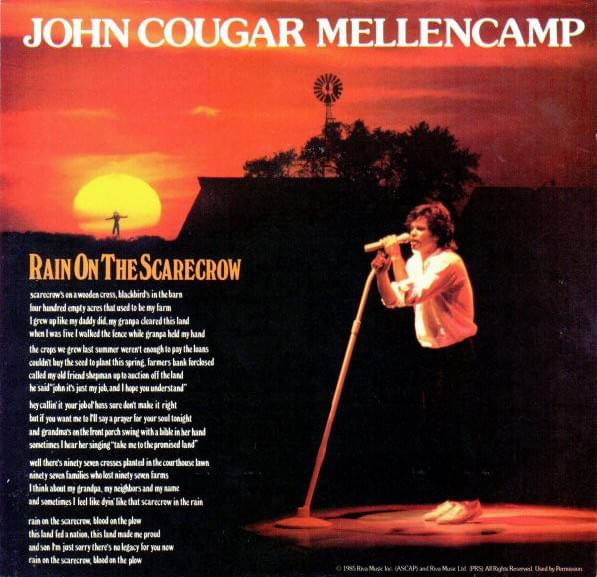 John Cougar Mellencamp (as he was still called in 1985) released his eighth studio album, ‘Scarecrow” and had three Top 10 singles from it. “Small Town”, “Lonely Ol’ Night” and “R.O.C.K. In the U.S.A.”

A fourth single, briefly made it to the Top 40 and radio play. “Rain On the Scarecrow” peaked at #21 and told the story of a family farm being sold off to corporations. This was the precursor to his idea to join with Neil Young and Willie Nelson to create Farm Aid.