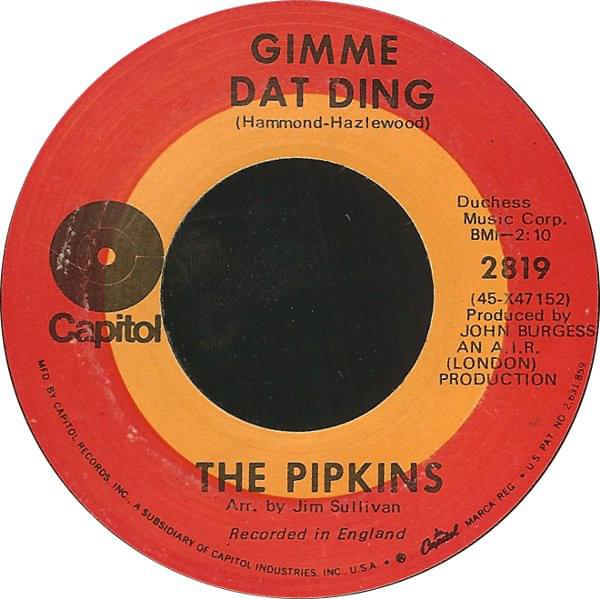 A one-hit wonder out of the UK and surprise hit in the US, The Pipkins released a novelty song in 1970, not having any idea it would chart!

When Hammond and Hazlewood wrote and composed “Gimme Dat Ding,” it was one selection from their musical sequence “Oliver in the Overworld,” which formed part of the British children’s show Little Big Time, hosted by Freddie and the Dreamers; this narrated a surreal story of a little boy seeking the parts to mend his grandfather clock. The lyrics of the song relate to this story, the song being sung by a metronome who has been expelled by the Clockwork King; the “ding” has been stolen from the metronome by the “Undercog.” The original version of the song, as performed by Freddie Garrity, was released on the album Oliver in the Overworld in 1970. – Wikipedia