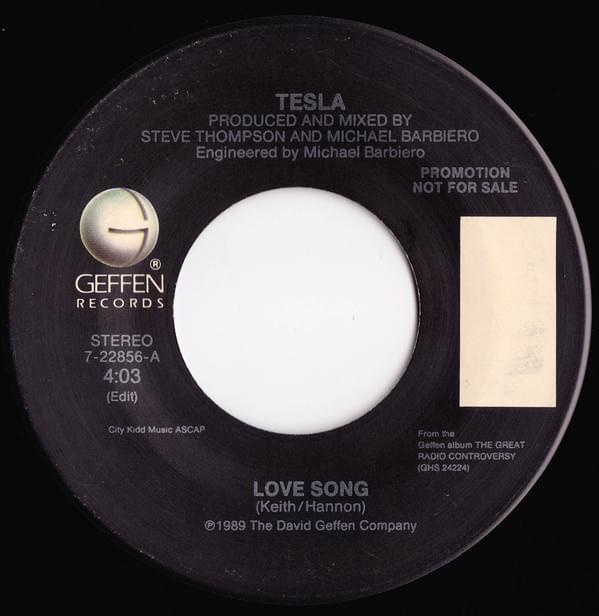 Tesla’s second album, ‘The Great Radio Controversy’ from 1989, became their biggest album, by far and had some great -made-for-radio tunes.

“Love Song” was a staple on MTV and was the third and final single to come from the album. It was also their biggest hit, peaking at #10 on the Hot 100!