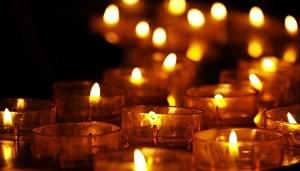 One of my favorites of all time, Legendary comic actor FRED WILLARD died on Friday of natural causes. He
was 86. His daughter Hope said he passed “very peacefully.”
Fred was in a TON of stuff, but he was best known for his improv skills, like in the Christopher
Guest mockumentaries “Waiting for Guffman”, “Best in Show”, “A Mighty Wind”,
“For Your Consideration”, and “Mascots”. He was also in “This Is Spinal Tap”, which was
directed by Rob Reiner.
Fred was the station manager in the “Anchorman” movies . . . and the CEO of the Buy-N-Large
Corporation in “Wall-E”, the only live-action character in the movie.
On TV, he had a recurring role as Hank MacDougall on the later seasons of “Everybody Loves
Raymond”, and he played Phil’s father on several episodes of “Modern Family”. He’s also in
the upcoming Netflix show “Space Force”.
Back in the day, Fred was on “Fernwood 2 Night”, which was a spin-off of “Mary Hartman,
Mary Hartman”. And you could regularly see him showing up in skits on “The Tonight Show
with Jay Leno”.
Just a few days before Fred’s death, he was mourning the loss of Jerry Stiller on Twitter. He
said, quote, “I met him in the ’60s when we played in the same clubs as he and Anne Meara.
Unfortunately for us, they were much funnier! We couldn’t be jealous, so we became good
friends instead.” As we remember the legend, check out a piece
he had done with Second City a couple years back. Rest in Peace, Fred Willard.