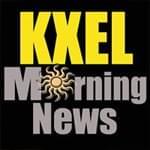 Iowa Gov. Kim Reynolds is considering whether to allow additional activities to resume as her current proclamation prohibiting large gatherings and operation of some businesses expires next Wednesday. Reynolds recently allowed restaurants, fitness centers, malls and hair salons to reopen with limits but she continued the closure for many other entities, including museums, bars, casinos, movie theaters and amusement parks. Reynolds said yesterday she’ll make some announcements this morning, and more next week after the Memorial Day weekend.

Iowa’s primary election is June 2nd and while Iowa Secretary of State Paul Pate is urging voters to consider using absentee ballots, additional measures have also been taken to ensure the safety of voters and poll workers. Friday is the deadline to request an absentee ballot, by going to voterready.iowa.gov. Hear more from Secretary Pate on KXEL Live & Local today between 9 and 11 a.m.

Only one Republican member of the U.S. House voted in favor of the $3 trillion spending bill that narrowly passed last Friday…and it *wasn’t* Iowa fourth district Congressman Steve King. King was also an opponent of Democrat-backed plans to allow proxy voting for the first time in the nation’s history. Hear the full interview from yesterday’s edition of KXEL Live & Local by going to the podcast page of kxel.com.

Dillard’s in Waterloo is closing. No official date has been announced for the closure. About 100 employees are welcomed to work at any other store. Dillard’s owns the building in Waterloo, but it is not clear if another buyer might come in to operate the building as a department store.

Authorities are investigating the death of a woman in Pella as a homicide. Police responding to reports of a domestic disturbance Monday night found Tracy Mondabough of Ottumwa unresponsive in an alley. She was pronounced dead at the scene due to a stab wound. 55-year-old Michelle Boat of Pella has been charged with first-degree murder and is being held on $2 million bond. Officers say Mondabough’s boyfriend was still legally married to Boat, although they were separated.

U.S. ag secretary Sonny Perdue announced procedures yesterday for getting that $16 billion in direct payments to producers suffering from the economic impact of COVID-19.  Applications for the Coronavirus Food Assistance Program will be accepted beginning next Tuesday. Recipients will receive 80 percent of eligible funding now, with the remaining 20 percent to be paid later if money remains in the fund, to avoid problems similar to those with the Paycheck Protection Program, which ran out of money before all applicants could be reviewed. There is a limit of $250 thousand per producer or entity.

A Cedar Rapids man has been sentenced to 26 years in prison after admitting that he knowingly infected two women and a minor girl with HIV. 33-year-old Lamont James was sentenced Monday after entering pleas of guilty to two counts of assault while participating in a felony, and four counts of criminal transmission of an infectious or contagious disease. James admitted during a court hearing held by phone because of the coronavirus pandemic that he had physical contact with a 13-year-old girl and had sex with three other women. The girl and two of the women were infected with HIV, the third woman was not. The minor girl reported James to police when she was 16. The plea agreement calls for consecutive sentences of the five five-year felony terms and the one-year serious misdemeanor term, for a total of 26 years.

The Board of Directors for the Cedar Basin Music Festival has decided that in light of the COVID-19 situation, they will be cancelling this year’s event, scheduled for June 26–28. The group is considering a scaled down version of the festival in the fall, but no plans have yet been made.