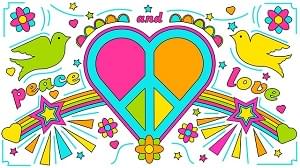 I love when listeners give me info like this. Talking about our upcoming Summer of Love Weekend this (Friday) morning, listener Mike calls and proceeds to tell me about the Wadena Rock Festival that happened in 1970. It’s also been referred to as the Iowa Woodstock. Mind Blown! Just as Mike and I are talking, the phone starts ringing off the hook with all kinds of Iowa Woodstock stories. Bob, your story has to be the best! Bob described a muddy pond where festival goers were splashing around in the nude…just like Woodstock. He went on to tell me how, during one performance in the middle of the night, 10s of thousands flicked their bics and lit up the entire valley and a guy with a pony tail carrying around a bible buck naked. That must’ve been a crazy time. Found some video from the fest that happened on July 31st – August 2nd 1970 at Clarence Schmitt Farm in Wadena. Check it out below!