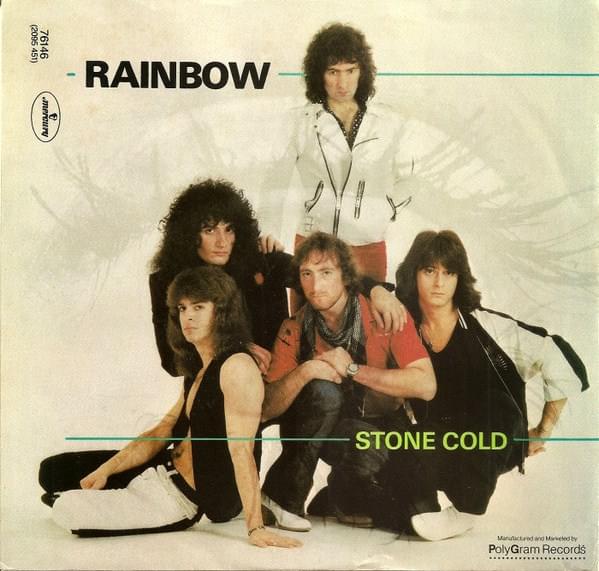 Released in March of 1982, this single helped launch expectations for the forthcoming album, ‘Straight Between The Eyes’.

“Stone Cold” was a powerful pop, rocker! Enough pop that it hit the US Top 40, where it peaked there at #40. Still, that was a feat when in the early 80s, soft rock (now known as Yacht Rock), New Wave, and pop Country were filling the airwaves of most US Top formats. This was just the early days of was was soon to be called the New Wave Of British Heavy Metal. Rainbow didn’t quite fit that mold, but having Ritchie Blackmore as your guitarist, certainly could earn you a place in the NWOBHM!