Sly & The family Stone – I Want To take You Higher 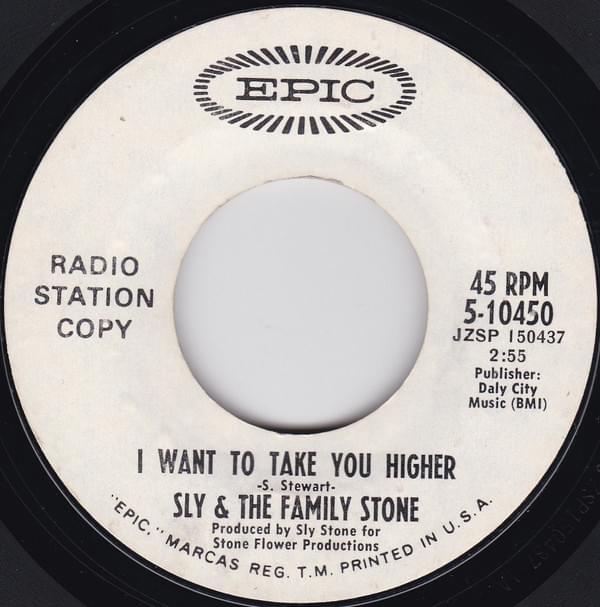 The B side to the Top 40 hit and title of the 1969 album, ‘Stand!’, was less political and didn’t have a message like many of the other songs on the album.

If you were at Woodstock or have seen the concert film of those 3 days of peace and music, you probably remember the band and Sly getting the crowd up and chanting “HIGHER” at 3 o’clock in the morning!! Man what a party that must have been!