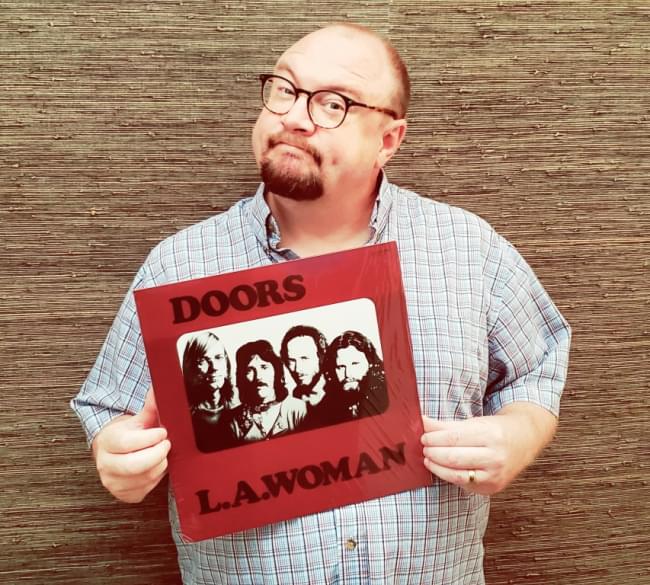 Join me for a German Import, 180 gram vinyl pressing of The Doors – L.A. Woman from 1971. The band wanted to get back to their roots  and record a real blues record and this is what came of it. It was also Jim Morrison’s last recorded album and sessions with the band before he went to Paris to work on hit poetry and becoming a writer, the likes of his literary heroes, Rimbaud, Voltaire and others. As he was leaving the sessions and after having laid his vocals down, he told Robbie, John and Ray that it sounded great and that they could finish the final touches without him, and he left for Paris with his wife, Pamela Courson. Two months later, Jim passed away while taking a bath.

This album is incredible in every way. While Ray Manzarek had always added the bass lines with his left hand on the Fender Rhodes Piano Bass that sat on top of his Vox Continental organ, For these sessions, they hired Jerry Scheff, known for playing bass on most of Elvis Presley’s music of the 60s and 70s. That gave the whole album more of a full band sound.

I hope you will enjoy hearing this as much I will airing it for you.