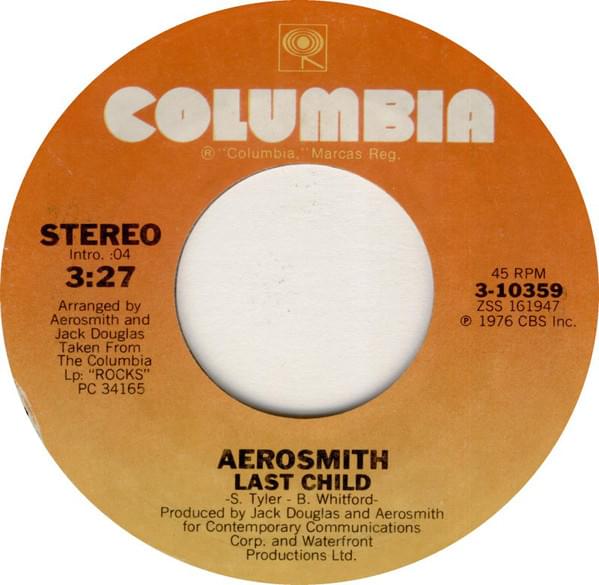 The first single to be released from the landmark Aerosmith album, ‘Rocks’, “Last Child” hit the Top 40, climbing the charts and eventually peaking at #21 on the Hot 100.

Brad Whitford plays some of his best guitar work on this and is credited as co-writer with Steven Tyler.

It’s still often played in sets when Aerosmith tours and features Brad and his six-string swinging!