David Bowie and Mick Jagger – Dancing in the Street 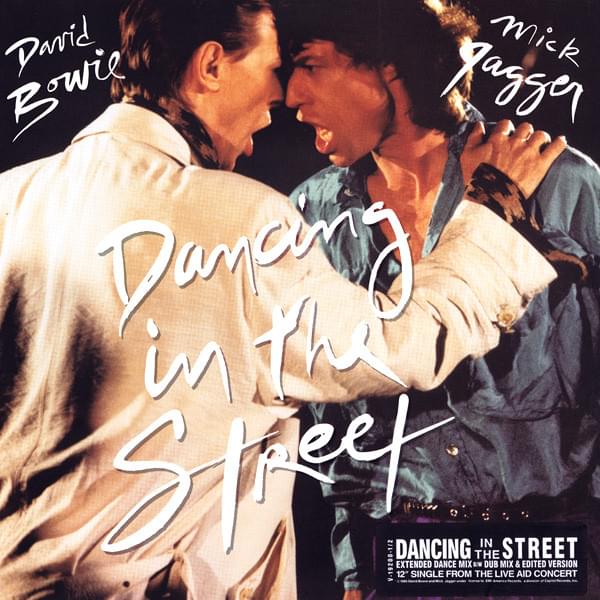 Recorded today in 1985 for the Live Aid fundraising event, Bowie and Jagger covered the Martha & The Vandellas 1964 hit, “Dancing in the Street”.

A video followed and was in heavy rotation in MTV. The song did very well and peaked at #7 on the Hot 100!

Originally, it was planned that Bowie, in England, and Jagger in Philadelphia, would do a live duet of the song at Live Aid, but there was about a half-second delay from the satellite feed, so they would be off in their timing, so it was scrapped.

Also, I need to share the parody video of the song I found because it’s hilarious and I imagine its what you would hear if the microphones were on when they were filming the video, but the sound was taken out of the feed.

And the parody - TURN THE SOUND UP!

And the parody - TURN THE SOUND UP!