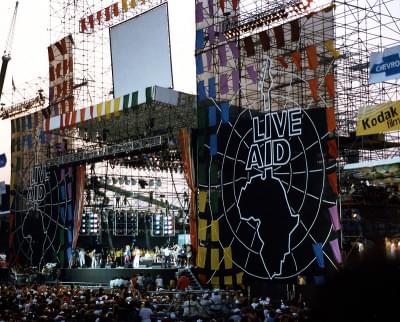 On July 13th, 1985 in London and Philadelphia in front of sold-out crowd, Live-Aid was born.  The benefit concert spearheaded by Bob Geldof was viewed on television by over 1.9 billion people in 150 nations accounting for 40% of the world’s population!

It’s was a Who’s Who of iconic performances in both cities, but none had more lasting impact than the 21 minute set by Freddie Mercury and Queen.  Relive this magical concert moment and remember one of the great performers in rock and roll history.